CCSA and ETSI Opened a New Chapter of Bilateral Cooperation 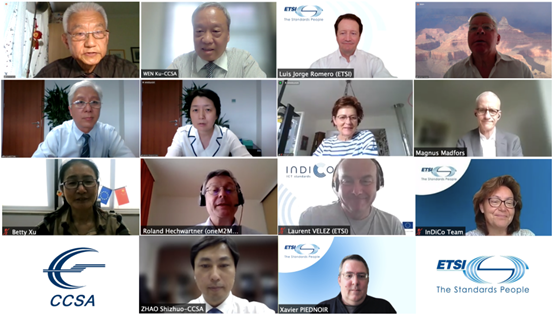 Secretary General WEN Ku pointed out that "CCSA attaches great importance to the long-term partnership with ETSI. After more than 20 years of fruitful cooperation, both sides and the international ICT industry have benefited from it. With this upgrade of the MoU to a cooperation agreement, I am confident that the cooperation between the two sides will reach a new level. I look forward to the cooperation to give new impetus to the standardization work of both sides and bring more value to the world ICT industry."

Luis Jorge Romero said: "ETSI and CCSA have worked together very successfully from the beginning, exchanging information and collaborating to build the world as we know it. This is the result of a very friendly and solid cooperation. Over the years, our cooperation has proven its value. I am confident that upgrading MoU to a Cooperation Agreement will help further expand the opportunities for cooperation."

The workshop marked the establishment of the new Cooperation Agreement (from a previous MoU) between the two standards development organizations ETSI and CCSA, which was signed electronically on the day of the event, following the approval by the Council of CCSA and General Assembly of ETSI earlier this year.

The convening of this high-level talk and the signing of the Cooperation Agreement have opened a new chapter of bilateral cooperation, which will strongly promote the in-depth cooperation between China and EU in standardization aspect and promote the healthy development of the global ICT industry.